Thank Augustus for paid leave and the Ferragosto fun!

If you’ve ever thought about traveling to Italy in August, it’s likely you  were warned that things would be closed or overpriced. We aren’t here to tell you that’s not true, because August is the peak of the season. But when planned correctly, even the peak of the peak, also known as Ferragosto (August 15th), is heavenly for travel. If you’re thinking ‘how can peak season and prices be heavenly?’ sit tight and let us paint the local picture.

Most Italians and Italian businesses take time for vacation in August. And keep in mind that vacation Italian style isn’t an extended weekend. We’re talking two full weeks off and businesses fully shut down. Hard core off duty time. Now let’s add in another layer of fun. Celebrated halfway through the month, Ferragosto is almost like the 4th of July hype. It is THE summer festivity. And to top it all off, many times vacationing in Italy in August isn’t something you request, it’s mandatory.

Now, should this be the first you’re hearing of this, rest assured, you read the above correctly. Mandatory paid leave is a thing for Italy in August. Not everyone will get the same exact days off. But we are all for the peace of mind that comes from having quality time OOO in peak summer.

By now, living la dolce vita as effortlessly as Italian culture makes it seem produces envy. And at this point you may have considered a career path in Italy just to take advantage of the benefits. Let’s rewind though and talk about how this can even be a situation in today’s fast paced urban and modern way of living. How did mandatory paid leave become a thing? Well, look no further than the origins of Ferragosto!

Augustus and the Origins of Ferragosto

Coming to power following the assassination of Julius Caesar, Augustus was one of the most impacting leaders of history. As Rome’s first emperor, he fostered Italy’s golden age  through centuries of stability and expansion (aka the Pax Romana). And though we could discuss his feats over a ten page dissertation, today we’re here to thank Augustus for vacations in Italy in August.

Known as a time of intense labor in the fields and vineyards, the weeks leading into August were synonymous with long days. Employers and politicians understood the need for rest post-harvest and time off became customary. As there were already two festivals celebrating bountifulness in August (Vinalia Rustica and Consuali), Agustali became the nickname for this vacation period. For any of you wondering at this point, yes, the name for August comes from Augustus!

As a true politician, Augustus thought it would be an excellent idea to add additional holiday to the month and lengthen the Agustali. He declared the Feriae Agusti (Festival of Agustus) on the 1st of August and understandably, it was VERY well received. Adding more sweetness to the situation, many employers gave workers compensation for their Agustali. Now called ‘paid leave’ and seen as commonplace, maybe we don’t find that so exciting for the Romans; but remember, we’re walking about 18 BC!

Over time, Feriae Augusti over time morphed into Ferragosto. It was pushed to the 15th of August by the Catholic church to be celebrated in conjunction with the Assumption of the Virgin Mary. Even more exciting to us though is that during the Renaissance it became law to give workers their Agustali. This only proves the significance and benefit that mandatory paid leave had in the Roman Empire. It became an essential and is now a big part of Italian culture.

Now that you know how Ferragosto came to be, it’s time we tell you how to enjoy it! Needless to say, eating and drinking are the main categories here. After all, it is a festival and that means it’s feta time! Veggies will always be on display as the harvest brings delicious seasonal varieties. Some signature plates and absolute must haves are Pomodori ripieni, pollo ai peperoni alla Romana and panzanella. To wash it all down, we’d go the aperol spritz route- or perhaps some chilled vermentino.

When it comes down to travel, our historic pick is Siena so you can watch the second annual horse race of the Palio di Siena called the Palio dell’Assunta. This is where the seventeen districts of Siena (contrade) race horses for the prize of recognition and a banner of painted silk (palio). It’s a highly cultural event, but it’s not for the faint of heart as things can get a little rowdy. If it suits your style this is 100% the place to be.

Considering it’s peak summer, we are absolutely about some beach time. As classics, the Amalfi Coast and Sicily are top choices. We’re giving a massive shout out to Puglia as a lesser known yet equally gorgeous and more than worthy beach spot. Days in either spot are to be spent eating as much as can be handled and exploring every beach, islet and piazza within reach. If you can fit in a visit to local farms and vineyards, that would be the icing on the cake mixing true local experiences with everyday beauty.

All this beach talk isn’t to say cities are off limits. But let’s remember that when traveling to Italy in August, especially to metropolitan centers, things are less populated. People are off enjoying their Augustali and many restaurants operate on a limited schedule. This is not to say you’ll be without delicious meals and left to the streets. What it does mean is that cities like Rome are void of their usual local hustle and bustle. Such is to say, the ambiance is muted.

To combat this, traveling local style is one of the best approaches. And no, we don’t mean skimping or cutting corners. Stock the fridge with Italian essentials. Reserve a private home from locals that are out vacationing. Rent a Vespa in case taxis are in shortage. Make reservations well in advance. Prepare a calendar with the operation schedules of all the sites you want to see. Write to your friends or guides and see what they’ll be up to. And if all of that sounds like a hassle, don’t worry, we’re happy to step in and do it all for you.

Traveling to Italy in August is nothing short of an excellent time. Food, friends and beautiful scenery will never be lacking. With some preparation and expert tips, you’ll enjoy your journey and take part in the ancient rituals like amongst locals. And for the record, a massive shout out to Augustus for pushing the Romans one step closer to mandatory paid leave- and celebrating it! 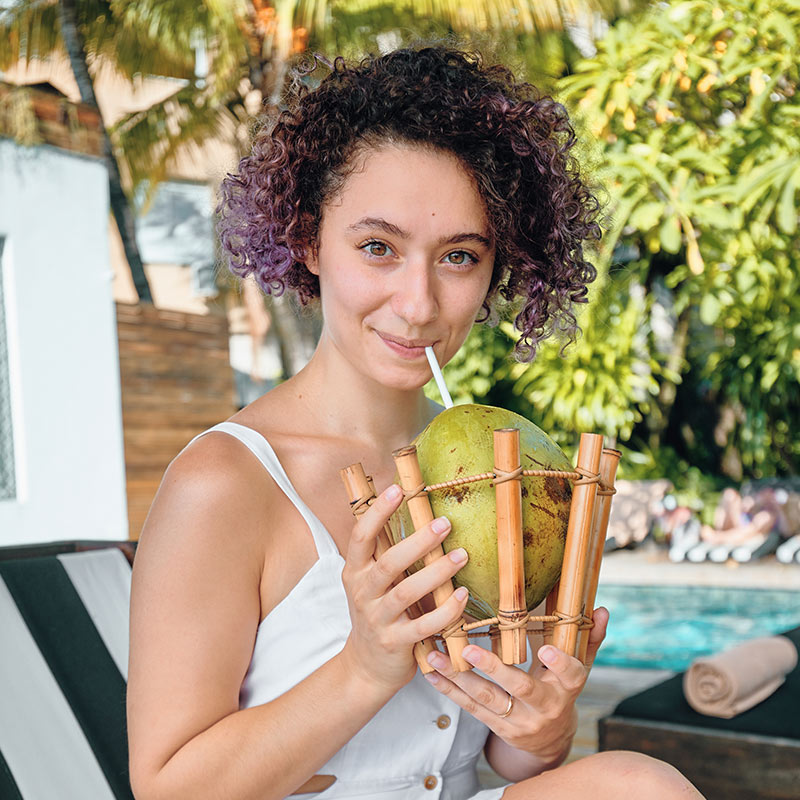